Carl Welkisch -  A Mystic of the 20th Century 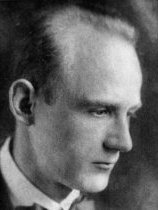 I have come in my Father's name, and you do not receive me; if another comes in his own name, him you will receive.
John 5,43

Truly, truly, I say to you, he who believes in me will also do the works that I do; and greater works than these will he do, because I go to the Father.
John 14,12

Carl Welkisch is a significant German mystic of the 20th century. Mystics are people who, while being awake, are given insights into the transcendental world, in particular cases even about the Being of God.

Carl Welkisch was born on December 14, 1888 in the village of Gloden. Today it is part of Poland. His father was the local school teacher. As a little boy he was clairvoyant and experienced spirit beings. While reading a bible text at the age of seven he had the inner experience of being elevated into the highest heaven and of being called for following Jesus Christ: "You, too, are called to go this way and you are bound to achieve the same goal!" Many years later only did he speak to his family about his vocation. 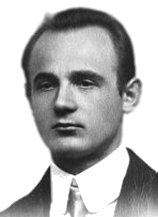 By request of his father he began a commercial apprenticeship after finishing school. After his father's early death in 1907, following inner instruction, he discontinued the training and started working as a spiritual healer in Breslau.

From childhood on he had been allowed to witness healing through prayer and now he hoped to be allowed to help people by divine power - as Jesus had done. A period of twenty years was filled with devoted work at his practice, where he attended a large number of patients daily. He was allowed to help in many hopeless cases so that his healings attracted wide attention.

In 1912 he met Carl Huter, the originator of psycho-physiognomics. Carl Huter became a paternal friend and teacher to Carl Welkisch and helped him to train his psychic feeling. With Carl Huter, who himself had had intimate contact to angels and the spirit world from early childhood, he experienced spiritual freedom and breadth of the kind he needed for his extraordinary way of life. Only in complete inner freedom and independence and guided by Jesus Christ and God the Father by inner revelation Carl Welkisch was able to fulfil his Call to follow Jesus Christ as a modern mystic. 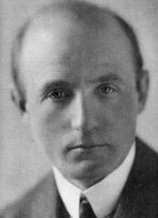 At the beginning of the Third Reich Carl Welkisch was arrested because of his visions and comments about Adolf Hitler. He was first imprisoned in Breslau, later on he was exposed to the tortures of solitary confinement in Columbia-House in Berlin where God wanted him to carry His love.

By God's intervention he was set at liberty after ten months without having been indicted, but was prohibited to work in public for the future. So he was forced to close down his practice as a healer.

But even before his imprisonment he had proceeded more and more from personal treatment to distant healing.

Later on, Christ asked him to perform distant healing at 6 p.m. daily during which he had to take in God's love and to forward it to the human race over-all.

He was told that this half-an-hour-treatment was to be continued even after his passing to the hereafter. During the decades to come, every now and again he treated people personally who came for his help. But his essential duty was being a mystic: as a representative of humankind before God he was to let himself be permeated and sanctified by God's love as far as the outermost of his body. Through this advance of divine love as far as even the material world, what Carl Welkisch called "God's Birth within humankind", God became able to come to meet his children in a loving and helping way that had not been possible before. According to a revelation of God the Father, Carl Welkisch initiated a new era of human history.

After the end of the Second World War Carl Welkisch and his family were expelled from their Silesian homeland. Only after having suffered refugee's misery in provisional shelters for several years he finally found a new home in Ueberlingen at Lake Constance. His life was dominated by metaphysical experience of divine love into every cell of his body. On his way of following Christ he had to endure the Passion of Jesus in metaphysical experience many times in order to become as entirely open as God's firstborn for meeting God the Father and for being filled by Him and His endless love. Carl Welkisch had to experience and to endure the disparities of this world within himself: the inferior satanic spirit world that gained dominance over the outer world during Hitler's lifetime and at the same time divine love overcoming everything, redeeming, pulling upward, longing to encounter everybody with the same deep love.

As early as 1927 Carl Welkisch published his first book "Vergeistigung" (Spiritualization) in which he interlaced the report of his life with insights into the inner nature and the spiritual development of every human being. In 1957 a revised and elaborated version was released under the title "Im Geistfeuer Gottes" (In the Spiritual Fire of God) which in addition contains his experiences with God the Father Himself. In 1979 a newly revised and shortened edition was released adding his experiences of later years. The latter was supplemented by the book called "In den Fußstapfen Christi" (In the Footsteps of Christ) describing the last years until his passing. Only after his passing his book "In der Liebesglut Gottes" (In the Ardour of Divine Love) was published.

In this book he describes his call to spiritualization of the sex which is related to the spiritualization of the body. As a mystic he was not meant to suppress sexuality but to live it. Yet, living his sexuality did not mean the common human understanding of it, but exclusively following divine love and will. In relationships guided by God he was bound to forward God's redeeming love to the other person. As stressed patiently many times by Jesus Christ and God the Father the essential in partnerships is to take pains to love the other person unselfishly; the male or female sex is secondary. In this case the lovers are always profoundly linked with God and their heartfelt love will eventually penetrate sexuality and overcome instinctive life. An upward development will take place inside both of them.

Based on direct perception that Carl Welkisch had had in conscious experience he portrays man as a trinity consisting of spirit, soul and body.

The individual spirit is God's original creation and the true bearer of personality, "spirit of God's spirit", the "spark of God in man". In exertion of the freedom of will which God had given to his children as his most precious gift many of the spirit beings deviated from divine love during their pre-birth existence. This was the fall of man in paradise which is to be understood as event in the prehistory of spiritual man, not as historical event in the earthly realm. As a consequence the likeness with God was lost more or less. By going through this life on earth in absolute independence, which is possible only once according to Carl Welkisch's experience, humankind is given the opportunity to retrieve the spiritual level once lost.

The soul is a subtle yet tangible being of the same form as the body to which it belongs. The feelings, instincts and capability of motion come from the soul; only at moments of deeper love, of inner elevation or as conscience the spirit becomes perceptible. In unison with the mystics Jakob Böhme and Jakob Lorber Carl Welkisch says that the human soul is the final stage of an ascension of soul substance beginning at the mineral, then vegetable and animal kingdom up to the soul of humankind. This transmigration of souls is not to be mistaken for rebirth or reincarnation.

The body is our visible substance; without the body and the soul as a mediating link between both the spirit would not be capable to take effect on this world. The mortal body is an inalienable part of the over-all human personality. As is the soul, the body is as such called to spiritualisation and resurrection. The still mortal parts of life are bound to be lifted back up into spiritual nature.

By the process of rebirth, of the spirit during which divine love pervades and sanctifies the entire human being from within out, spirit, soul and body are to fuse into unity. By resolution of God, with nearly all humans this development is accomplished only up to a certain level on earth. The non-accomplished part can be recovered step by step with divine help during the life in the hereafter. Due to this over-all view of humankind Carl Welkisch and the other Christian mystics agree to rebirth but not to reincarnation.

Carl Welkisch's God-given mission was to achieve this unity of spirit, soul and body already during his life on earth which he also called spiritualisation of soul and body. Therewith he is a pioneer for future generations whose way back to God may take place more easily and faster than before. Carl Welkisch was neither meant to teach new doctrines nor to found a new religious order or community in any sense. The extraordinary and absolutely new about him was to allow divine love to take effect even on the outermost parts of the body already in his lifetime. Thus he became - as a representative of human race before God - capable to experience God the Father in the matter of his terrestrial body.

Every single human being bears all elements of Creation. Their task and goal is to take in divine love in total freedom and independence as Carl Welkisch did in his function as a mystic. They are meant to spiritualize (themselves) in order to help to redeem the fallen Creation. God needs the assistance of His humans to save Creation from its distance to Him. Just as much do humankind need God and his redeeming love to be able to mature to divine filiation.

On August 9th, 1984 Carl Welkisch died quietly in Ueberlingen, Lake Constance at the age of nearly 96. 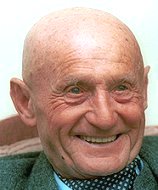 To us, the fascinating about Carl Welkisch is his tolerance. He is absolutely open and free against people who think and feel differently, even concerning religion and sexuality. He keeps requesting to remain open, to ponder different opinions and to reconsider someone's own constantly in order to prevent rigidity. Furthermore, as a contemporary Christian mystic, at least for the Western Christian World he is relatively easy to read as he has the same cultural background and vocabulary.